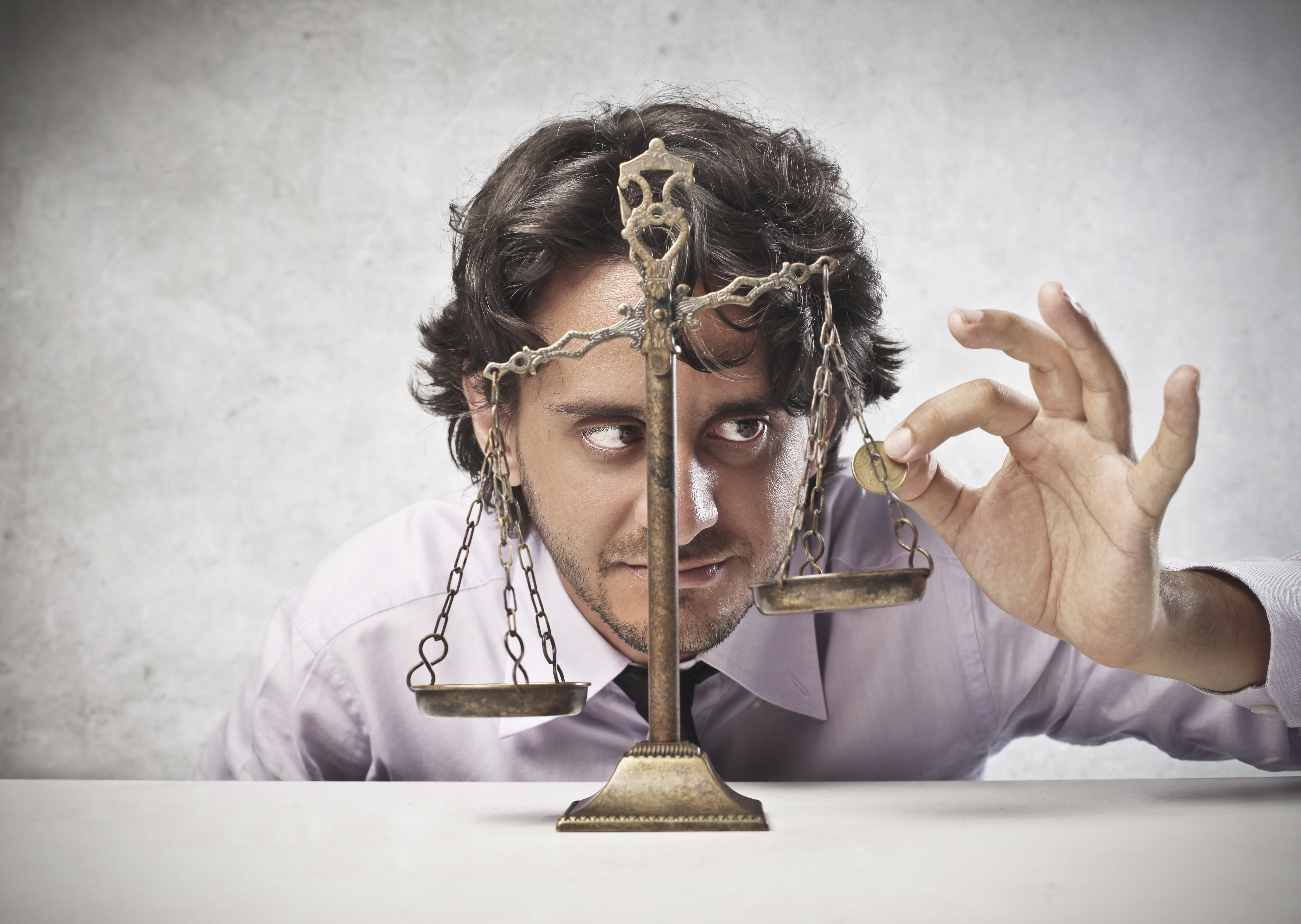 We've all been there—some days (or maybe some careers) we're just in it for the paycheck. That's normal for humans to not be 100% engaged all the time—even in something we love. However, working at a job solely for the sake of a paycheck can quickly eliminate any semblance of employee engagement. For many workers, especially millennials, money just isn't enough. To help increase engagement many organizations turn to employee recognitions programs, which have been shown to dramatically increase employee engagement. This increase in engagement generally happens because of two things: 1. Humans are largely emotional beings with feelings that like being recognized and 2. Because when you think about it, money is a really weird (an ineffective) method of increasing engagement.

Employee recognition can be a strange concept. The entire relationship of employee and employer is already one of exchanges: employees work, and employers give them money. However, a paycheck is often not enough to keep an employee coming back, even if they're productive. When employees are recognized for their achievements at work with a token of appreciation, employee engagement can dramatically increase. So, as an employee, what is different about receiving a physical token of recognition and simply being paid for doing your job?

Clearly the Law of Diminishing Utility factors in, especially in regards to a weekly paycheck. The money keeps coming in, so it’s not as gratifying as it used to be. If you eat your favorite food every day, it won’t taste as good as it used to after two weeks. Even something as vital as breathing is something we put out of our minds. But when you’re deprived of any of these things, you are very quickly reminded of what they mean to you. And there’s always more to it when human emotion is factored in. To find what’s special about non-monetary employee recognition, let’s start by hypothetically taking money out of the picture.

Try to Take Money Out of the Equation

It’s hard to imagine a world without money. From the time we're born to when we die, money is a part of our existence whether we like it or not. Money is everywhere. Money matters. We spend an awful lot of our lives trying to get it, but curiously it can be hard to pinpoint why it matters so much. 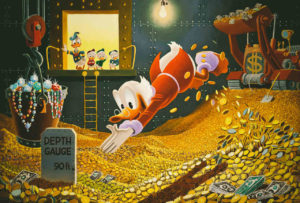 Admit it, you’ve always dreamed of going full on Scrooge McDuck at least once.

Everything is a Thing Because We Give it Value

Humans are empathetic. Things matter to us, particularly when there’s an established sense of ownership. We've been doing it for as long as we've been able to understand the concept of something belonging to us. If you don't believe it's innate, try to get your phone back from a toddler who thinks it's HER toy. We prescribe value to things that we like, and that becomes the framework of our understanding of cultural norms. That’s why it’s so hard to take money out of our original employee recognition equation: money is tied directly to employment. By definition an employee is working in exchange for wages, so why should recognition even be a thing?

Let's look at our equation from a societal perspective instead of an individual perspective. With a subtle use of circular logic, a culture places value on things that already matter to it. Take Rai Stones for instance. On the Pacific island of Yap, the official currency is the dollar. The unofficial currency is much cooler. Rai Stones are giant circular slabs of limestone that were quarried hundreds of miles away, and transported over the ocean to Yap, where they are highly valued.

But strangely, once the stone has been quarried and taken to the island, the owner of the stone doesn’t need to actually possess it to maintain ownership. Oral tradition determines who owns the stone. Everyone agrees that a certain Rai Stone belongs to an individual, whether the stone is on the owner’s property, in the middle of a town square, or standing in a line by the side of the road. 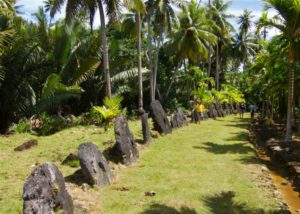 Part of the reason why a Rai Stone's location doesn't matter is strictly utility. Because it can be so hard to move them, that they often don’t bother doing it. When an exchange is made, the stone stays put, and everyone just agrees that ownership has transferred to the new guy. In one case, a stone sank to the bottom of the ocean as it was being transported to the island. Instead of becoming lost, sunken treasure, everyone agreed that the stone still exists, so it hadn’t lost any of its value. What difference did it make if the stone were above or below water? Its location didn’t matter.

As a giant rock at the bottom of the ocean teaches us, we can assign value to anything. So why is money so special to us? And how can we even begin to take it out of our equation when we’re the ones giving it value? Perhaps the real question then is what if we took the value we assign money out of our equation? To do that, we’ll need to separate the value we give money, and the physical medium used for exchanging money.

A Brief History of Money

We can start with a dictionary definition of money: “A current medium of exchange.” People at different times have used various media as currency (as evidenced by the example of slabs of rock above). Exchanging goods and services started with bartering/trading for actual goods and services. There was a real value to the physical item being traded. Very soon it became apparent through supply and demand that not everyone needed just one skilled trade all the time, and therefore money was born of necessity. Weighted units of precious metals and gems were the forerunners. Over time it evolved to paper in the form of cheques and bills saying that there was real gold in a real place that the paper represented. Money then it went digital, and a computer said there was real value in electronic accounts.

Today our collective concept of money is still rooted in a physical medium, but truthfully, most of it is just a bunch of numbers on a computer. Just think about how many of your bills you pay by sending in cash. Paying for gas at the pump is an electronic transaction. Buying anything on Amazon takes digital money out of your digital bank account. Most people don't have a lot of physical money anymore, no matter how full the computer says their bank account is.

I'm a trillionaire in numbers. Trust me.

It’s not all those numbers on the computer that hold value, it’s how we feel about them. Just like the giant Rai Stone at the bottom of the ocean, we all agree that those digital numbers have real value. Thinking of it this way, it’s weird that we put so much value on something that doesn’t physically exist. Why do we do that?

Money is Just Another Thing We Give Value

The truth is, money isn’t very different from anything else to which we assign value. Like Hamlet says, “there is nothing either good or bad but thinking makes it so.” We’re all so used to the idea of money having an intrinsic value that its assigned (by us) value is taken for granted. Combine that with the fact that we break money down into easily countable, quantifiable units, and you’ll have a pretty good idea of why money matters so much to our society. 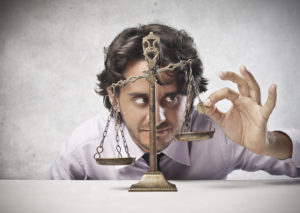 I shall name you Frederick, and we will be the best of friends.

But what about things that have value that we can’t count? How do we quantify feeling appreciated, or happy, or loved, or angry, or sad? There really are some things money can’t buy. Mastercard’s "Priceless" ad campaign has been successful for twenty years appealing to that very sense of value we assign to the unquantifiable.

Just try to not feel nostalgic while watching this.

This is exactly where employee recognition comes in, and it’s also the reason money by itself often isn’t enough to keep employees engaged. Money can be counted, but when it comes to employee engagement, it's how someone or something made them feel that really counts. To quote Maya Angelou, “at the end of the day people won't remember what you said or did, they will remember how you made them feel.” So with a way to finally take money out of the equation, it all boils down to how an employee feels about their job. Any job can produce a paycheck, but the right job will cover money and provide reasons to be engaged.

We value rewards because of the feeling we get when we are appreciated. The physical object we get serves as a reminder of the good feelings we had when we got it. And since we’re not going to expect another direct-deposit prize every two weeks, the Law of Diminishing Utility won’t apply. Our prize is special to us. We give it greater value.

This also explains why offering money as a reward can be less effective than other forms of recognition. Money, even when given as recognition, will generally be spent on bills, groceries, or gas. As such, it loses its emotional value. But when an employee is recognized with something that will create a positive memory, the positivity will last. And a positive employee who feels valued is much more likely to be engaged in their work, which is good for them and good for their employer.

Awardco is Designed to Reward Employees

You’re already paying your employees money—we want to help you with the other side of the equation. The Awardco platform is the easiest, most affordable way to implement employee recognition programs into your organization. With over 10 million products streaming on the Awardco portal from our partner Amazon.com, your employees can redeem a reward that they truly want and get an even better emotional return from it.

Contact us to see how we can help you increase employee engagement by improving your employee recognition programs, and save you money while doing it through zero markups and a simple subscription fee. Let us show you how powerful employee recognition can be in your organization!

Awardco Ranked #25 on Inc. 5000 Fastest Growing Companies in America
The Value of Peer to Peer Recognition