What does Han Solo have to do with employee recognition? Quite a lot, it turns out. Recognition that is timely, appropriate, and rewarding can turn your disengaged employees into valuable contributors that lead their teams to success, and the scruffy-looking Nerf herder is a great example. Here's how:

Remember the Battle of Yavin IV? No? Let’s go through a quick refresh.

The fledgling rebellion, having just stolen the plans to the Death Star, found itself in terrible danger. Darth Vader had discovered the location of the secret Rebel base and was en route to use the fearsome power of the Death Star to destroy the Rebel scum once and for all.

With a plan and a prayer the Rebel fleet launched to engage with the mighty Death Star, hoping to destroy it before it destroyed them. There was but one chance: fire a torpedo directly into a small exhaust port on the battle station itself. A desperate fight ensued and many lives were lost - until Luke Skywalker had one last chance to fire at the port and destroy the station - but Darth Vader was on his tail and closing fast!

Just as Vader was about to fire on Luke, Han Solo appeared from nowhere to save him. A hotshot pilot and scoundrel, Han had seemingly taken his reward money for saving Princess Leia and left the Rebellion to their hopeless fight. In their most desperate hour, however, Han returned to save Luke and pave the way for the destruction of the Death Star. 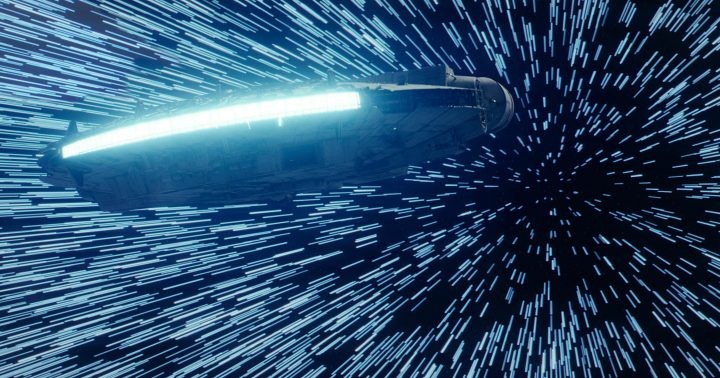 Punch it, Chewie! We've got a galaxy to save!

From Scoundrel to General

In appreciation for their efforts both Luke and Han were recognized in a grand celebration on the planet Yavin IV at the Rebel base. Han, an outsider that followed nobody and wanted nothing to do with leadership, had previously been rewarded thousands of credits to pay off his debt to galactic crime lord Jabba the Hutt. Now that he had helped save the Rebellion he found himself in a position of command that eventually blossomed into his leading the forces that took the shield generator on Endor in the second Death Star battle. But would Han have stayed at all if he didn’t feel valued, appreciated, and recognized?

No. He would have disappeared faster than water on a scorching Tatooine day.

Recognition plays a massive role in turning disengaged people into leaders and contributors. Without timely, appropriate, and rewarding recognition many organizations find themselves with too many surly smugglers and not enough fantastic generals. Showing employees appreciation they value is integral to the health of any organization, and it doesn’t have to be as elaborate as a massive formal ceremony. A simple timely recognition of a service milestone or social mention of a job well done goes a long way, especially with younger employees who value experiences over things.

As you work to make recognition more rewarding, consider the following:

Rewarding recognition is about timely, valuable, directed appreciation that can change the galactic course of your own organization. You don’t have to be a Rebel fleet commander to realize that when you recognize those in your organization you can turn disinterest into dedication, indifference to intensity, and carelessness to commitment from even the most disengaged employee. Who knows? With the right recognition you just might find and create the next leaders of your teams that will help your company’s success hit light speed.